9 March 2022 by MuseeDuLeman in Anciennes Expo AN 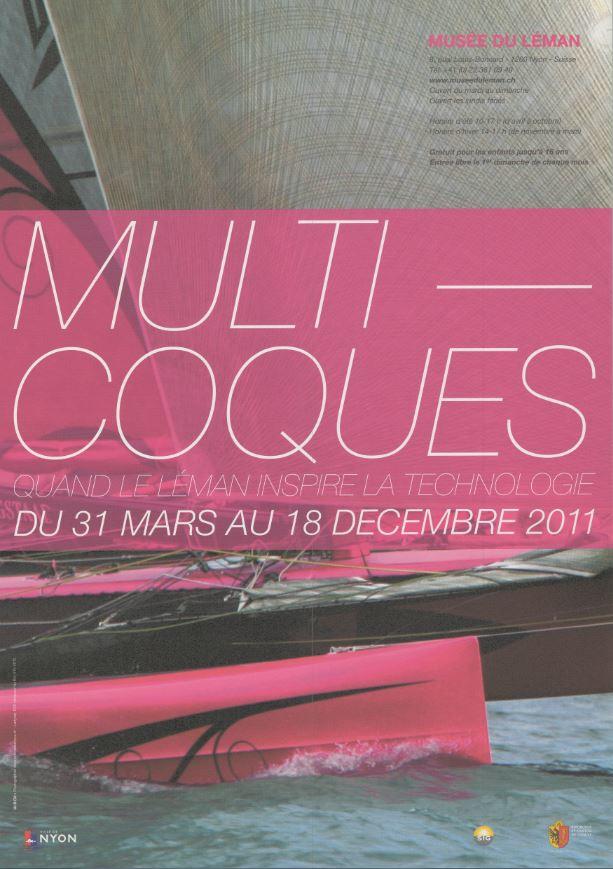 As a laboratory for experimentation and a test bed, the lake combines a large number of factors favourable to technological developments. Passionate sailors, financial resources, innovative companies, applied research and a competitive spirit form a rich mix that has allowed multihulls to develop successfully on a formidable body of water: a lake with complex meteorology. Since 1980 and the victory of Altaïr IX, the first multihull to win the mythical Bol d'Or race on Lake Geneva, multihulls have dethroned monohulls in the major Lake Geneva competitions. Since then, their presence has not ceased to grow and is on the way to emerging in other fleets, including that of the Compagnie Générale de Navigation on Lake Geneva or on innovative concepts such as Planet Solar, the first catamaran powered by solar energy around the world. This exhibition presents the most important milestones in the history of multihulls on Lake Geneva, as a tribute to the creativity of all those who work around the lake. Through different angles, such as personalities, technology, events, innovations studied at the EPFL in particular, it allows us to discover the key elements that gave birth to this fleet, its trials and tribulations and its evolution over time. It also aims to be innovative, by presenting the latest generation of sailing boats, for which hulls hardly count any more than foils, the load-bearing planes that make sailing boats take off from the world of Archimedes towards that of Icarus. The temporary exhibition rooms, covered with large explanatory panels, filter the light like the large horned sails of the multihulls that cross the lake. Alternating photos, models, scale models, demonstrators, films and objects of all kinds, the exhibition can be read, looked at, observed, touched, in short, discovered from many angles. This exhibition is produced in partnership between the Services Industriels de Genève (SIG) and the State of Geneva. It was already presented in spring 2010 at the Pont de la Machine in Geneva under the title D'Altaïr à Alinghi, la saga des multicoques du Léman. Adapted and expanded by the Musée du Léman, it presents the latest projects on the lake, the one-designs D35 and M2, the foilers Syz & Co, Mirabaud LX and l'Hydroptère.ch, not forgetting the future passenger boats, such as the solar-powered catamaran Planet Solar on its way to the first solar-powered round-the-world trip and the new passenger shuttles envisaged by the Cie Générale de Navigation on Lake Geneva